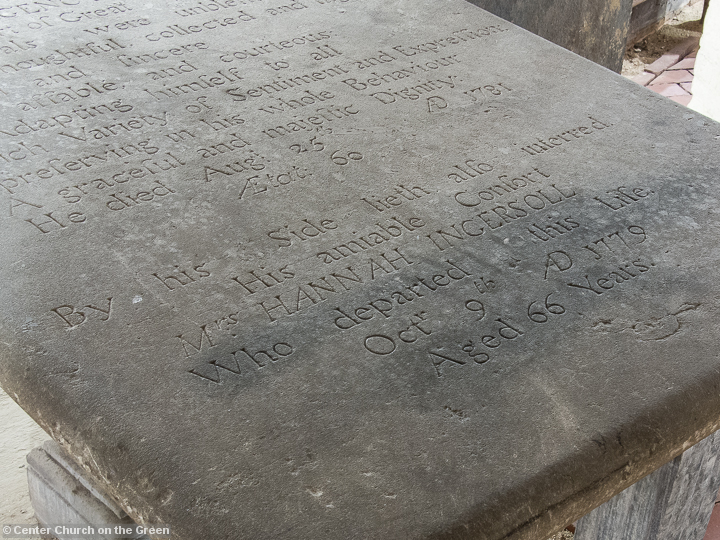 The daughter of the Hon. Joseph and Hannah (Trowbridge) Whiting, sister of Mary, Phebe and John, and the first wife of the Hon. Jared Ingersoll. They were married in 1743 in Branford and had three children: Jared (1748), Jared (1749; it was the custom to continue a name until a child with that name lived) and Jonathan (1751).

Hannah Whiting is memorialized with a few words at the bottom of the memorial table she shares with her husband; the tombstone of the infant Jared can be seen in the foreground: 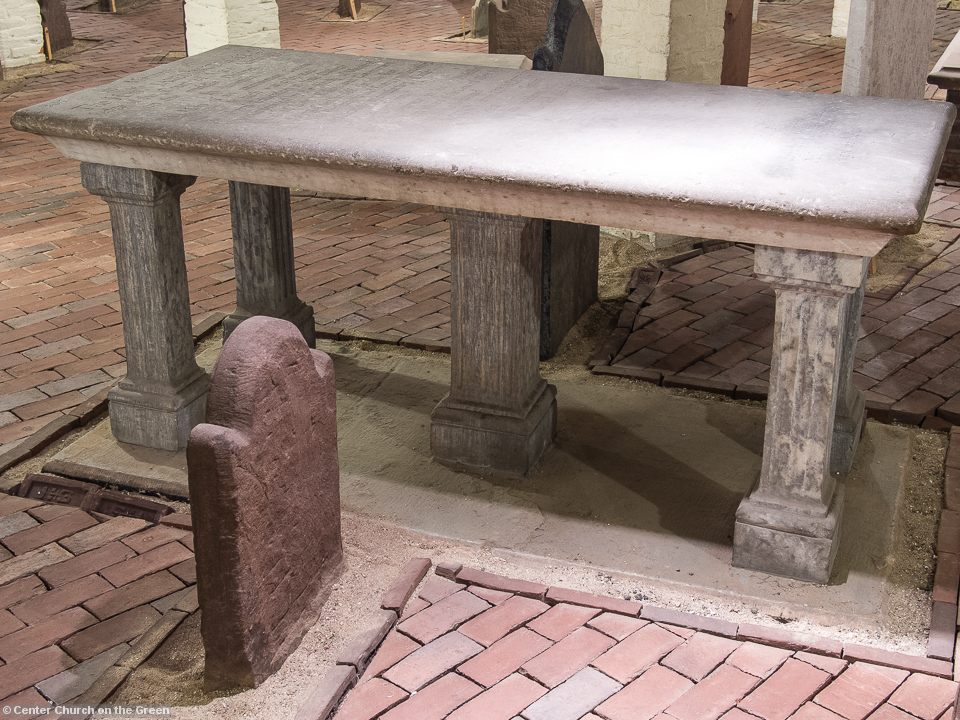