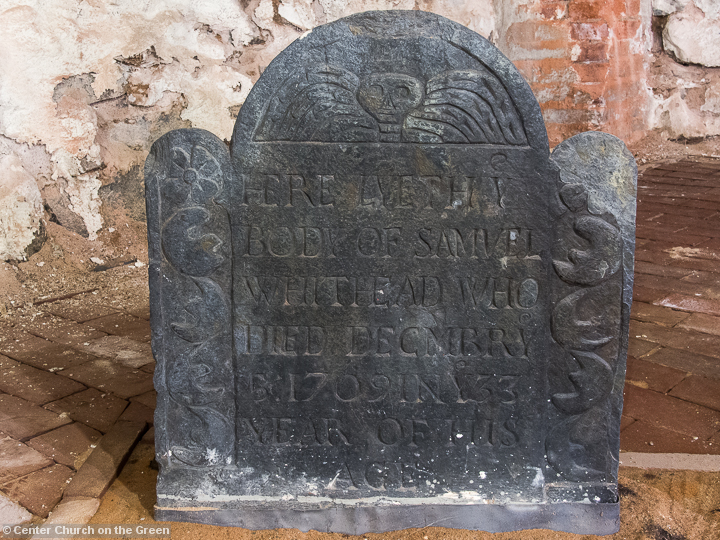 Samuel Jr. was the son of Samuel and Sarah Whitehead, who lived on what would be George Street between Church and Meadow (map of 1641). In 1642, Samuel, Sr. was a corporal in the trained band, where he rose to rank of sergeant and was a member of the troop raised to subjugate the Dutch in New Amsterdam (New York) in 1653. Cromwell had sent a fleet of ships from England to deal with the conflict. New Haven supplied fifty men, all of them church members as required. Samuel, Sr. married the widow Sarah Gilbert (maiden name: Gregson); he died in 1690, and she died in 1697.

Samuel Jr. married Tabitha Holt (1683-1743) in 1709, the year of his death.  He was chosen a hayward for the suburbs in 1700 and was a proprietor in the town plot. He was also a fence viewer in the Yorkshire Quarter in 1701. There is mention of Whitehead’s Hill on the west side of town in the 1714 minutes of the Town Council, so they must have lived in the so called Hill area.

Samuel’s brother, Stephen Whitehead, married and had a daughter named Sarah (1729-1769), who went on to marry a Dr. Leverett Hubbard.  With the marriage of the elder Samuel’s granddaughter into the Hubbard family, the Whitehead homestead passed on with her and remained with the Hubbards for almost two centuries.